Celebrating and Mourning: The Anniversary That Wasn’t

This was my conversation with my husband last night after we got the kids to bed:

Me: Hmmm. Maybe I will eat the rest of that pizza. It seems like a good way to celebrate.

Husband (letting what I said register for a moment while staring at the television, then turning to me): Celebrate what?

Me: Today would have been one year. 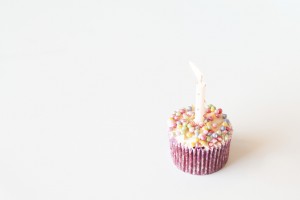 Husband: I didn’t know that. (He remembers the anniversary of our first date and our wedding, birthdays, etc. – I’m seriously not sweating this one.)

Me: Well, I didn’t say anything and I guess it’s not really one year. You know, because of what I did between Christmas Eve and … it’s one year but it’s not one year, so it’s like, “Yay! Nah, just kidding.” You know?

Husband (so very sincerely): I don’t know. I’m sorry. (He doesn’t know. He has no problem with alcohol whatsoever. Thank God. I’m mostly relieved he doesn’t understand all of this.)

Me: I know. But you kind of get what I’m saying, right? Not really?

Me: Today could have been so amazing. But it’s not. But it kind of still is. It’s like the Very Merry Unbirthday.

Had I not relapsed from December 24, 2014 to February 3, 2015, I would have celebrated my first year of sobriety yesterday. But, because I hadn’t been sober for 364 days, yesterday was just a day. Actually, it was kind of a bummer of a day all around. I woke up grumpy. With a sinus headache. And, it was rainy. We had no plans. A few loads of laundry, but nothing that absolutely had to be done. A good reading day, I decided. And I needed a new book.

I tapped into my iBooks account and found a few possible titles before coming across Drinking: A Love Story by Caroline Knapp. “That’s the one,” I said aloud to no one, and downloaded it. I spent the day devouring every word, peeling my butt off the couch only to pee and fold laundry. By dinner time, I had finished it. Along the way, I reflected on my past year, relapse and all, and highlighted the following:

“Functioning alcoholics are everywhere: plugging away at jobs and raising families and standing alongside you in the grocery store. We’re often professionals—doctors and lawyers, teachers and politicians, artists and therapists and stockbrokers and architects—and part of what keeps us going, part of what allows us to ignore the fact that we’re drunk every night and hung over every morning, is that we’re so very different from the popular definition of a “real” drunk.”

“In retrospect, a lot of the alcoholics I know are amazed at how much they accomplished in spite of themselves, how effectively they constructed and then hid behind facades of good health and productivity. At the time, they just got through. Just hunkered down and worked and got through the days.”

“It’s not so much that people like me hide the truth about our drinking from others (which most of us do, and quite effectively); it’s that we hide from others (and often from ourselves) the truth about our real selves, about who we really are when we sit in our offices dashing off memos and producing papers and preparing presentations, about what is really churning beneath the surface.”

“Alcoholism, after all, is a progressive illness; it sneaks up on you so subtly, so insidiously, that you honestly don’t know you’re falling into its grip until long after the fact.”

“You take away the drink and you take away the single most important method of coping you have. How to talk to people without a drink. How to sit on the sofa and watch TV and not crawl right out of your own skin. How to experience a real emotion—pain or anxiety or sadness—without an escape route, a quick way to anesthetize it. How to sleep at night.”

“I take a deep breath. I try to remember that one simple beer never solved anything, that the way to the other side of a bad feeling is through it, not around it.”

“’Don’t think about forever; it’s too big. You only have to decide not to drink this one day.’ I said, ‘Break it up into small goals. Maybe decide not to drink for a year, or six months. If your life still sucks after that, you can always go back to drinking. It’s always an option.’”

“When you question your alcoholism, you say to yourself: If I am an alcoholic, I shouldn’t drink and if I’m not an alcoholic, I don’t need to. That’s a nice piece of logic. You say: People who aren’t alcoholics do not lie in bed at two-thirty in the morning wondering if they’re alcoholics. A good reality check.”

“At heart I’m not sure how comfortable I am with comfort, a phenomenon that seems to be familiar to lots of alcoholics and that raises unsettling questions: do I need to feel pain in order to feel passion? Is there some middle ground between conflict and comfort that I’ve failed to reach?”

Throughout the past year, every single one of these excerpts is something I’ve spent countless hours questioning and realizing. I’ve accepted all of them. Well, almost all. I’m still working on that last one. However, had I not relapsed, I wouldn’t have reacted to these the same way I did yesterday. I’d still be wondering when I could drink normally again. I’m 100 percent certain of that. My relapse proved to me that I am indeed an alcoholic and I truly can never drink again, not even just a sip or one bottle of beer or one glass of wine. Because one is never enough and when I start I don’t stop. And, that is why I consider yesterday an anniversary. It was May 31, 2014, that I officially waged my war against alcoholism and began my journey to sobriety. I know it doesn’t earn me an AA chip, but I don’t care. I’m patting myself on the back.

While we were in very different phases of our lives when we became powerless over alcohol, we were very similar people and so much of Caroline’s story resonates with me. In fact, by the middle of the first chapter, I took a break to search for her on Twitter. Not there. I Googled her. What? Nooooooo! Caroline Knapp died in 2002. At the age of 42. Of lung cancer. Six years after publishing her memoir. I sobbed, somehow knowing I was going to love the entire book. I was right. I cried again, and harder, after reading the last word.

What an incredible woman. Such a tremendous loss for us sober chicks. How very lucky we are that she left behind her story.

Reading Caroline Knapp’s memoir wasn’t something I planned to do yesterday. But, it was the most absolutely perfect way to spend the day, a day I began grumpy and irritable and ended feeling positive, accomplished, and powerful. Never could I put my experiences, emotions, revelations, and lessons into words as beautifully as Caroline did.