How Well Do I Really Know Myself?

It’s been sheer madness for the last several weeks. Kids’ activities. Full plate at work. Not enough hours in the day. Not even close. 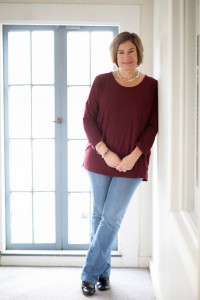 Before noon today, I hadn’t cleaned my house thoroughly in over three weeks. Even now only the downstairs is done. But, it looks darn good.

Until 1 p.m. today, I had slacked on self care for at least two weeks. Unless you count stuffing my face with pretzels and ice cream just to stay awake to force myself to watch television after everyone else went to bed. Because I needed to relax! I’ve done that one or two or 10 out of the last 15 nights.

And, I had all but abandoned my blog. Not my sobriety. Just the part where I write about it. That means I’ve been doing less reflection. Less holding myself accountable. Less searching for inspiration in others’ stories. Less sharing new pieces of my story.

This afternoon, stinky from hours of cleaning this morning, I threw on jeans, a sweater, and ballet flats, pulled a brush through my hair, and walked out the door. I went and got my sunglasses repaired and then plunked my butt in a booth at Chili’s for an order of Tableside Guacamole and a Diet Coke with lime.

As I dug my way through the incredible mixture of avocado, onion, cilantro, tomato, salt, lime juice, hold the jalapenos, I disconnected from email and social media and next week’s calendar and browsed the 60 plus notes in my iPhone.

I dictate and type a lot of random thoughts, revelations, notes, etc. into my iPhone and my iPad. All the time. Everywhere. Mostly, they’re thoughts about sobriety. Ideas for blog posts. And, they had really piled up.

As I searched for something to inspire my next blog post, I found a note from almost a year ago. November 15, 2014. Five days after my spinal fusion surgery. Five and a half months sober.

Back then, I had been keeping notes thinking I would write a book about my battle with booze and journey to sobriety. In fact, I had promised myself I’d go through all my notes and start outlining chapters, etc. while I recovered from surgery. The note I found today was clearly a lousy attempt at starting that organization.

Here’s the note, raw and unedited:

Hospital reflections: After 23 weeks of sobriety, two days in a drugged stupor was absolute agony. Turning off the pain relief button was a lot like giving up drinking. Actually, it was harder. It was right there. People kept encouraging me to press it. They expected me to. Try wanted me to. When they found out I wasn’t, they didn’t understand.

Busting out of the hospital. My way. A way that wouldn’t have been possible without the strength of my sobriety and the power I choose to own.

Home with a bottle of Vicodin. I have no idea how many there are or how often I am allowed to take them. I didn’t fill it. Didn’t want it. Know where it is. Have been offered some. The old me would have found ways to maximize its effect with alcohol and negotiate a refill. This me isn’t going near it.

This book can end at six months. Easy. No longer worried about Thanksgiving or Christmas.

Actually, Thanksgiving is right before six months. That might make a good ending with afterthoughts being tree decorating, Christmas, and New Year’s. No need to chronicle them because I know the stories won’t be about me. We already know how I roll. I’m just going to enjoy it. And, on New Year’s Eve there will be Champagne I’m sure. Mine will be sparkling cider. Because who can say goodbye to the year that was the best and worst all rolled into one without a traditional bubbly send off and raising a glass to resolutions which for me for the first time in more than five years will not include drinking less.

Ha! Ha … ha … ha! How cocky was I? Thirty-nine days later I relapsed. I drank on Christmas and I drank on New Year’s Eve. And then I drank for another five weeks.

The fragility of my sobriety showed up today as I sat in that Chili’s bar (don’t ask me why I do this – I’m not uncomfortable being around alcohol and I really like talking to bartenders – I also know if I relapse it isn’t going to be in public). I’m really glad I found that note. Thanksgiving is in less than two weeks. I’m sober again – it’s been more than nine months this time. I know so much more about myself than I did a year ago. And, I am stronger by far than I was then. Smarter, too, because now I know this story is far from over.