One Way Sobriety Made Me A Better Mom

Yesterday after school, my 11-year-old son had an accident with his bicycle in our driveway. A bad one. Requiring a trip to 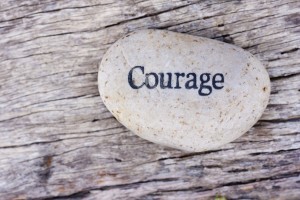 the ER for stitches. The nurse I spoke with on the phone at our pediatrician’s office actually encouraged us to dial 911 for an ambulance because my son was exhibiting signs of shock. We didn’t. But, if we had, no one would have questioned our call.

A year ago, I would have been drunk. I’d have been at least six beers into my routine on days when the kids didn’t need to be driven anywhere after school. I might have even uncorked a bottle of wine by then. After all, it was nearly 4:30 p.m. Yup, the first bottle of wine would have been open. Especially because the gorgeous weather was something to celebrate.

Yesterday, I was calm. My head was clear and I was focused. I had functioning brain cells that guided me brilliantly. My husband had just arrived home from work. He got our son into the house and sat with him, applying pressure to the gash in his shin and trying to calm him while I made phone calls, steered us through decision making, and got all of us (our 8-year-old daughter, too) out of the house and to the ER.

A year ago, I’d have been too impaired to drive. I’d have done it anyway.

Yesterday, I drove. Sober and safely. My husband and our son rode in the back together. The only law I broke was putting my daughter up front in the passenger seat.

At the ER, we waited 45 minutes to be seen. My son sat sideways on a waiting room sofa with his legs on my lap trying to distract himself with his iPod. About half an hour had passed when I said, “You know. We can’t all go in with you.” The tears began flowing again. “I’m so sorry, Buddy. But only Dad or Mom can go in with you. It’s your choice.”

Before I even finished my sentence, he was saying, “You, Mom.”

I knew it would be me, but I didn’t want to assume. And, I knew my blood and guts loving husband, who maybe, possibly, really should have been a doctor, was going to be disappointed. I wished my son hadn’t chosen me. But it wasn’t my decision. And, I was happy to be the one.

Until he called me obese when I couldn’t fit a whole ass cheek on the inch of space he left on the side of the exam bed as I tried to sit and comfort him. And dropped a ginormous F bomb at the nurse when she injected numbing medicine. And tried to bite me. And screamed bloody murder. And tried to get off the exam bed and leave the room. And shouted at everyone to not even dare to try to touch him.

In one rare moment of calm, right after insanely demanding they just cut off his leg and send him home, my son declared he was going to give up his hockey dreams and become a doctor so he could help people with cuts like his. Feeling more than a bit woozy myself, I looked at the nurse and asked, “What exactly was in that injection?”

Then he went right back to refusing to do everything we told him would make it easier. For all of us.

The nurse trying to sew him up was either very new (though older than I) or just had no idea how to deal with children. She managed to get in one stitch before her hands began trembling and she was unable to continue. She summoned another nurse. A man. Young. Handsome. And, clearly a dad. Or maybe an uncle. Or just a real life Alex Karev. Who knows. He was wearing an invisible cape like mine and there was an instant bond, had a nice smile, and got to work quickly. Within 10 minutes of entering the room, he had my son stitched up – four sutures – and was showing him his own childhood scar on his leg. Almost like a flipping a light switch, my smart, witty, inquisitive, class clown of a kiddo had come back to me. No more shivering. No more queasiness. No more screaming. No more tears. He was smiling and texting his friends about his exciting afternoon.

The first nurse bandaged his leg and an assistant took him down the hall for a precautionary X-ray.

I stayed behind and took a breath. I stepped out into the hallway and, as I waited to use the ladies room, it hit me. Like a truck. For a moment, I lost my breath.

A year ago, I would have been drunk.

Where the H-E-Double-Hockey-Sticks did my courage come from? Tears flooded my eyes and I sent a text out to my husband in the waiting room to share my revelation. “You know. A year ago I would have been at least a six pack in by the time this happened,” I typed.  “Well, good thing it’s 2015,” he replied with a smooching emoji. It’s been almost a year since I began my sobriety journey. My relapse in December taught me why I can’t drink anymore. Yesterday solidified my decision to never drink again. Ever. I clearly have no need for liquid courage.

In alcoholism, I never had a tragic wake up call. I don’t have a DUI story. I never got caught. I never caused an accident. I don’t have a drunken horror story. I have a handful or so public moments I’m not proud of, but no tragedy. For that, I am blessed and thankful. So. Very. Grateful.

Today, my mind has a very vivid picture of what could have been. Far worse than I ever imagined back when I was still drinking. I was scared every day I drank before the kids got home from school and continued drinking after the bus dropped them off. Afraid something would happen to one of them and I would need to drive somewhere. Fearing the worst. Rainy days were easier because they couldn’t play outside and the risk of injury seemed so much lower. But, rain or shine, I always drank, as long as no one had to go anywhere. Because the possible bad stuff was always hypothetical. I never envisioned yesterday or what yesterday would enable me to picture as I recall what my life was like a year ago.

Not a day goes by that I don’t appreciate and embrace my sobriety. But yesterday’s incident took things to a whole new level. It hit me hard. I am not going to dwell on the what ifs. I can’t even go there. I lost a bunch of sleep worrying and writing last night and now I am done.

I’m not happy my son got hurt. But, wow, what a powerful moment in my recovery. A mid-recovery wake-up call? He has no idea how much he showed up for me. Perhaps, I have a hunch, more than I did for him.