Only The Good Die Young

My favorite uncle died Friday morning. It’s Monday evening and I still haven’t had a drink. I have to remind myself constantly why I shouldn’t. Because the pain is too great. The sadness is too overwhelming. And, I need to make it go away. I want to feel numb. But, I am not going to drink. I’m sure as heck eating way too much sugar, though. Dang-it. 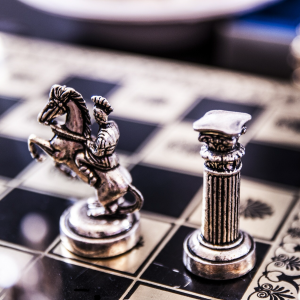 My uncle was 58 years old. Not old. Young. He’d battled some cancer over the past few years, but had been doing really well. Until about a month ago. I thought the doctors would figure out what was going on and help him to keep battling. I believed. Maybe I was in denial? But, he got worse. Fast. Before I had a chance to fully understand what was going on.

I didn’t get to say good-bye. I didn’t know things had gotten that bad. I’m not blaming anyone. Not at all. Maybe it’s my fault for failing to communicate better. I don’t know enough about the circumstances surrounding his demise. I’m just bummed. Selfishly bummed.

I last saw my uncle on that ill-fated “Flu Christmas” when I relapsed. He was in Chemo at the time and I didn’t think they’d come. I’m so glad they did. But it’s not enough.

I keep flipping through every photo album I can find. There isn’t a single photo of just me and my uncle. Big group shots – from his wedding to my aunt in 1981 (I was 10), from my wedding in 2000 (I was 29), from a backyard birthday party we had for my daughter in 2010 (I was almost 39). Lots of photos of him with his wife and daughters. Some with my brother. None of just me and him. Not one. How did I not realize this before? Someone’s got to have something. All the times I know I threw my arms around him and no one snapped a pic? Not one?

My uncle didn’t start out as family. He had to marry my aunt to get that promotion. But, he was my favorite of all her boyfriends – I think I met a few of them –and I remember knowing he was the one. He was family before it became official. And, I am not the only one who feels that way.

He introduced me to Little Feat (Fat Man in the Bathtub) and Atari baseball. He taught me how to play chess and Othello. I beat him at Othello. Once. He didn’t let me. I genuinely outwitted him. My uncle was the kind of person who couldn’t be outwitted. He was too smart. So strategic.

Before he and my aunt had their own children, they spoiled my sister, brother, and me rotten. One year our Christmas presents were that we each got a weekend away with them. Mine was to New York City for a shopping spree at Macy’s and to see Cats on Broadway. We stayed in a posh hotel and I remember eating a ton of bread and butter at dinner one night and the waiter who refilled my water glass almost every time I took a sip. I wish I remembered our conversations. I’m hoping there are pictures. Somewhere.

Once I stayed overnight at their place. There was something when we were inflating the air mattress and my uncle asked, “Does it offend your sensibilities?” My reply was a dramatic, “Oh, yes,” drawn out with a sigh. And that became the joke. Forever.

My memories of my uncle are too fuzzy. I keep trying to bring them into focus and can’t.

I remember punchlines but not entire stories or scenarios.

My uncle was a wine connoisseur. Cheese, too. And, at holidays, I always felt a bit guilty when I’d had too much to drink to truly enjoy the flavors he brought to the table. His ability to pair wine with food was phenomenal.

This is far and away the biggest life-changing moment to come along in my sobriety. And, as much as I want to drown my pain and escape from the unrelenting sadness, I will not mark this time with a relapse. I can’t help but feel my uncle wasn’t done here. I know I wasn’t done loving him and learning from him. His loss is truly immeasurable. If there was ever a man to toast, in life as well as in death, it was my uncle.

Everything happens for a reason.

There is a lesson here.

Right now these are just words, but I know one day I will understand. So, Hodie, here’s to being free from pain, free from suffering. I hope the Heaven I’ve always imagined is real. If it is, you’re in great company. I’m watching for your next move.

“It is a curious thing, the death of a loved one. We all know that our time in this world is limited, and that eventually all of us will end up underneath some sheet, never to wake up. And yet it is always a surprise when it happens to someone we know. It is like walking up the stairs to your bedroom in the dark, and thinking there is one more stair than there is. Your foot falls down, through the air, and there is a sickly moment of dark surprise as you try and readjust the way you thought of things.” ~ Lemony Snicket, Horseradish

“Fear not death for the sooner we die, the longer we shall be immortal.” ~ Benjamin Franklin