Ready Or Not, Here I Come

My life as an alcoholic has been the ultimate game of hide and seek, mostly with myself. And, my hiding has prevented me from finding nearly everything I’ve been seeking in life, mostly true happiness. 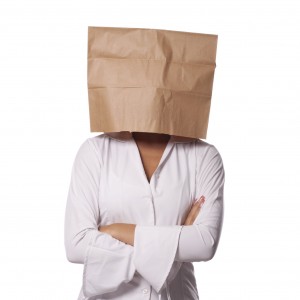 Several hours after I passed out from my final drinking binge, I sat up in bed wide awake in the dress I wore for work the day before, still drunk and very dizzy. My head was throbbing and my mind began to race, “What had happened? How much did I drink? That much!? I drove! Crap! Where did I put all the bottles?”

Hiding the evidence of my drinking at home and work (I run my business out of a home office) was something I’d become very good at. I had some great hiding places – inside the zipper compartment that covers the vacuum cleaner bag, in the back of a file drawer in my office, behind books on a shelf, in my briefcase, behind the washing machine, in the far back corner of the cupboard under the sink. It was that last one that got me in trouble long before I was ready to admit I had a problem. One morning, I walked into the kitchen for a cup of coffee and was greeted by the empty bottle I’d hidden the night before. My husband had found it.

After that, I spent a couple of months stowing the empties in the back of my car and tossing them into random dumpsters, mostly at rest stops along the New Jersey Turnpike when I was travelling to visit clients. When I had a few weeks without the need to leave town, I knew I had to invent a new system.

In the months leading up to my decision to get sober, my M.O. (my high school Latin teacher would be so proud right now – modus operandi, or method of operation) was to wrap all the empties in newspaper, strategically tuck them into the kitchen garbage, tie off the bag, and dispose of it in the outside garbage bin. Sadly, I felt more guilty about being a bad recycler, throwing away glass AND newspaper, than I did about my drinking.

The truth is, I was hiding a lot more than empty bottles. I was hiding my secret life as an alcoholic while trying to pretend I was just like everyone else. I used to practically live in a baseball cap and sweatpants (when I had to get out of my pajamas). “It’s my disguise,” I’d say to the other moms at school pick up, trying fly under the radar and look like a regular mom when I didn’t have to be dressed for work. If I didn’t call attention to myself, no one would know that I had become incapable of pulling my sh*t together. Right?

I was using alcohol to hide from so many things. I was hiding from professional success that could so easily have been mine so much earlier if I had just believed I was worthy of it. But I was brought up to believe failure wasn’t an option and perfection was the bare minimum. No one ever told me that, but I absorbed it from the examples set around me and adopted it as my rule for living. My inability to avoid failure and mistakes (my humanness!) made me less than perfect and that wasn’t alright with me. I used alcohol to numb the pain of feeling worthless and to punish myself for falling short of good enough.

On the flip side, when I drank, I had way more fun with my kids. We would dance and sing all throughout the house, make games out of putting away laundry, and cook pancakes for dinner. I was hiding “Serious Mom” so I could be “Fun Mom.” My smarty pants kiddos knew I was just “Drunk Mom.”

Since I stopped hiding, I have learned so much about myself. So far, my recovery has been an incredible journey in search of happiness, and I know it’s out there waiting for me to find and embrace it. Ready or not, here I come!

P.S. I thought about ending this post with a coming out, a big reveal of my actual name. I don’t like feeling like I am hiding behind my pen name. I truly believe in being real and living my life in the open with honesty, integrity, and transparency. But, I’d be lying if I said I wasn’t terrified of the business implications, of what my clients might say or do if they knew about my demons. Right now, I need them as much as they need me …