Where The Hell Is The Glass Of Milk Emoji?

All right. I am going to get all serious and soap boxy, and boldly go where I’ve not gone before. At least publicly. Those who live in my house will tell you I have some pretty strong opinions. But, I typically allow my teeth to pierce my tongue before mustering the bravery to open my mouth outside our four walls. 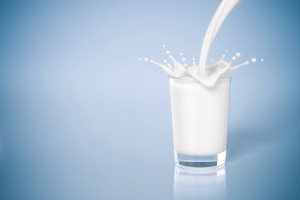 However, something has gotten so far under my skin I may not have a tongue much longer. Maybe it’s a product of social media. Perhaps it’s because I’m sober. Honestly, there’s no doubt in my mind it’s a little bit of both. But, what is it with the constant and widespread need to rejoice in and celebrate every single excuse or creation of a reason to consume alcohol? I used to do it, too. But, I’m an alcoholic. I needed to justify my drinking. (Pause for a moment, and let that marinate just a smidge.)

And, on the flip side, why is there a mass temper tantrum when researchers announce situations in which specific populations should abstain from drinking alcoholic beverages?

The TODAY Show aired a segment on wine pairings with Girl Scout Cookies. Live. During the 9:00 a.m. (I think) broadcast. One of the hosts then posted a photo to Instagram. TODAY shared it with the caption “It’s never too early … to pair wine with Girl Scout cookies.”

Wait. I’m drinking coffee. And eating a bagel with cream cheese. Cookies with wine? Even in my drinking days, I would not have dreamt up or enjoyed that combination. Especially not before noon. “Maybe next year they can just have the girls sell wine, too,” I yelled at the television.

“Why the hell isn’t there a glass of milk emoji,” I grumbled as my thumbs fumbled to note my disappointment via a comment on Instagram.

An older, but still fairly recent, article published on Town & Country Magazine’s website started making the rounds on Facebook. In it, the author wrote: “Scientists have found that drinking three glasses of champagne every day can help to prevent the onset of dementia and Alzheimer’s.”

Three glasses of champagne per day!?

I lost both grandmothers to Alzheimer’s. Reading this, my former drinking self would have shoved her way to the front of the line demanding, “Sign me up!” And, that’s exactly what at least a dozen of my Facebook friends were saying as they sang the researchers’ praises and imagined the popping of corks and tickling of bubbles. Because, if it’s published in a popular magazine like Town & Country, it must be factual and accurate, right? Wrong. Apparently, it’s 1-3 glasses per week and the study came out in 2013.

So anxious to be the first to report a trend, the uneducated author didn’t fact check or even pause for one second to realize the health hazards of what she was “recommending.” Three glasses of champagne per day justifies a problem drinker’s actions and could quickly manifest itself into a potentially devastating situation for a “normal” drinker.

The Centers for Disease Control (CDC) released a report finding more than three million women at risk for alcohol-exposed pregnancy and issued a recommendation that sexually active women who stop using birth control also stop drinking alcohol. The media had a field day, producing articles under such headlines as these:

• LA Times: “CDC to younger women: Better take your birth control before you drink that glass of wine” The first line of the article is: “Attention ladies: The CDC is trying to kill your buzz.”

• The Atlantic: “Protect Your Womb From the Devil Drink”

The headlines show blatant disregard for the CDC’s intended message. In fact, a Scary Mommy article references the new report but links to one released last September (and, yes, I am the commenter who pointed out the error).

NBC News picked up on all this and reported on the outrage. However, the firestorm the headline refers to is one that was purely media-driven. The article didn’t even mention any of the comments on the CDC’s Facebook page.

It’s one thing for the public to react to exactly what the CDC presented. It’s another thing entirely for the media to fuel the fire with assumptions, snarky out of context quips, and misleading, attention-grabbing headlines.

Some journalists even drew their own conclusions, asserting that the CDC was simply trying to disguise a message about how women should avoid unwanted sexual attention and, ultimately, rape. What?!

Folks, let’s all just take a deep breath a calm down. The CDC isn’t telling women what to do with their bodies. It isn’t letting men off the hook for their role in the birth control process. And, it isn’t blaming rape victims for what happened to them. The CDC is simply working to prevent the birth of more babies with fetal alcohol syndrome. As Maggie Fox writes, it’s women with experiences like hers the CDC is worried about. The report shares statistics and recommendations, not rules or even regulations. No one is mandating anything.

Seriously, ladies. It’s your body and your choice and we all know darn well there are potentially harmful consequences any time we ingest anything at all. The information exists so people can make informed decisions not only about their behavior but also about their health and the health of their unborn children. Talk with your doctor. Do what makes sense for you.

What Keeps Me Up at Night

But, here’s what turns me into a worrywart and keeps me awake at night. I stew over the countless women teetering on the edge of a pool of booze, struggling to maintain their balance, about to tumble in, and without the slightest clue how to stay afloat let alone swim.

I was one of them. Sponging up every wine-related article in my Facebook news feed. Celebrating every excuse to drink, throwing my arms around opportunities to get drunk, and panicking when I couldn’t or shouldn’t have a beer or glass of wine.

I got sucked in, even though I knew better. I grew up in an alcoholic household. I was aware. I swore I’d never let addiction get me. Because I knew about it, I could fend it off. Right? Because I didn’t want it to happen to me, it wouldn’t. Right? Wrong. And, wrong.

But, I also got out. I’m lucky. My story is one of the fairly pretty ones. No DUI. No other arrests. My husband didn’t leave me – though I wouldn’t have blamed him if he did. My family is still intact. We’re more than intact; we’re stronger than ever. Sure, I have regrets, tons of them. But, I can’t live in the past.

While I have emerged relatively unscathed from active addiction, I am constantly haunted by signs of addiction in others. Whether you consider alcoholism a disease or you believe people simply have the power to make the right choices, one thing us true: as a society, we are absolutely obsessed with alcohol, fixated on ways to make it trendy, desirable, needed, and even required. The pressure to imbibe is immense and getting drunk is not only acceptable but often respectable.

When medical researchers decide a glass of wine can improve our health, we declare our intent to amplify the benefit with an extra glass or two. When studies identify reasons to consider abstaining from drinking alcoholic beverages (how dare they?!), we jump up and down yelling and screaming about how no one can tell us what to do with our bodies. After all, these are the days of self advocacy, self-care, and DIY everything.

But, remember this. Alcoholism doesn’t discriminate.

It doesn’t care if you’re a divorced teacher, an upper middle class married suburban mother, or a second shift printing press operator. No one is immune. Not those of us who are so keenly aware of how alcoholism destroys lives. And, certainly not those of us who have spent years wavering, either dodging booze’s advances or grabbing on for dear life as the roller coaster takes off.

Knowing that, let’s try to be mindful of the role of alcohol plays in our lives and the lives of those around us. I have a hunch we all know someone who would benefit from making a few adjustments.